The following is a list of those to whom the Illinois JCI Senate has bestowed special recognition.

Throughout the years the Illinois JCI Senate has bestowed Honorary membership upon individuals who have demonstrated outstanding fellowship with our organization. Below is a list of those individuals to date.

*Cheryl was the executive secretary of the Illinois Jaycees and did immense amount of work for the Senate as well. She was presented an Honorary membership prior to being awarded a senatorship from the Springfield Jaycees and becoming a regular member.

The USJCI Friendship recognition was begun and administered by the Nebraska JCI Senate. Nebraska had long been in awe of spouses of senators who had helped significantly over the years to the benefit of the U.S. J.C.I. Senate organization. Because there was no award for non-senators,these individuals had gone un-recognized. Therefore the Friendship Award was established for individuals who are not able to become Senators due to never having been a Jaycee but have long been the supporter of their spouse in their Senate career. Below are the Illinois recipients and the Senator for whom they were the “wind beneath their wings.” 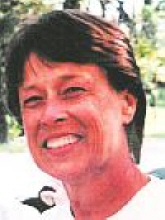 Sandra “Sam” Barker was an individual who would often be seen running about ensuring that the little things that made an event successful was done. Sam was never one to need or even desire any of the limelight, she simply wanted an event done right. Nominees may not be past presidents nor current members of the Board of Directors and are to demonstrate an unselfish giving “of their time to further the Senate movement in a positive manner and has done so with no need of recognition or expectations of gratitude.” Below is a list of recipients to date. 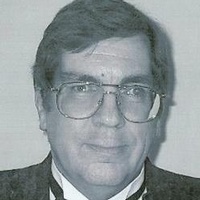 This recognition is named for Past President Larry Ferguson. When Larry passed away he was not only serving in multiple capacities for the Illinois Senate but served as an integral part of the Region V and USJCI Senate where he was the Membership Information Director. For a period of time after Larry’s passing it was noted that when something was not being done, the answer to the question of why was “Larry used to do that.” Because of that quiet, behind the scene leadership this recognition was established to recognize any Illinois Senator who would give “of their time to further the Senate movement leading behind the scenes in a positive manner and done so with no need of recognition or expectation of gratitude.” Below is a list of recipients to date.